Hundreds of thousands will again flock to Miami for the return of the Winter Music Conference and Ultra Music Festival, set for March  2016.

Held for the seventeenth year in Miami, Ultra is one of the largest events of its kind in the world featuring over 200 DJs, 500 theatrical performers, carnival rides, large-scale art installations, state-of-the-a 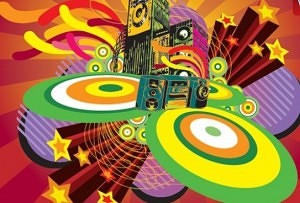 rt lighting and sound production across few stages, and fireworks at the close of each evening.

What to do during the year and keep on Party in Miami ?

Discover a few of the many annual events held in Miami and Beaches.

COCONUT GROVE ARTS FESTIVAL
This three-day festival showcases the works of over 380 of the finest artists and craftsmen in the world.

LIFETIME MIAMI MARATHON AND HALF MARATHON
Miami’s premier marathon and half marathon gets bigger each year. Run in sunny February on a scenic route.

SOUTH BEACH WINE & FOOD FESTIVAL
Recognized as America’s most prestigious gourmet gathering, this star-studded event held in February is a must on the to-do list.

MIAMI TENNIS OPEN
The Miami Open Tennis brings the greatest tennis players in the world to Miami every March.

ULTRA MUSIC FESTIVAL
ULTRA brings together more than 200,000 electronic music fans to party in miami to the biggest DJs in the world.This is the hottest event 2016

WINTER MUSIC CONFERENCE
Held in March, WMC is a gathering that draws international talent and sets the stage for what’s to come in the Electronic Music Scene.

Miami Annual Events Gay Pride Parade
Celebrate Gay Pride with 80,000 of your closest friends on Miami Beach in mid-April. Festivities include a parade and more.

MIAMI FASHION WEEK
Hosted in May, it’s the only fashion week that’s dedicated to resort and pre-spring collections.

Aqua Girl Miami
Join thousands of LGBT women in May for spectacular cultural events and parties on the sexy shores of Miami Beach. 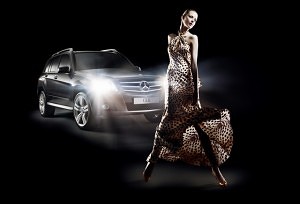 MIAMI BROWARD ONE CARNIVAL
Get ready to party with costume, pageantry, music & culture of the Caribbean in October.

MIAMI BEACH POLO WORLD CUP
One of the highlights of Miami’s social calendar in November, it’s a scenic and exciting way to catch a match.

MIAMI INTERNATIONAL AUTO SHOW
Attend one of the world’s most prominent car shows, which is hosted every November and features the latest models from top auto manufacturers.

ART BASEL MIAMI BEACH
The art world comes together for Art Basel Miami in December, where contemporary and modern work is celebrated Miami-style.

We strongly believe in straightforward, no sweat, no trouble solutions for going out. Because let’s face it, when you’re off work, you don’t need more work! Which is why we have revolutionized the way one can arrange a fantastic night out in Miami – simply with the click of a button! No more dealing with fickle street promoters, constant calling and texting them back and forth, having inaccurate information, missing important tickets and having your hopes for an impeccable “party in miami night” crushed.

We’ve built a great reputation At South Beach Live Group, we have built up a reputation for designing and organizing quality parties and providing exceptional customer service from the beginning to the end of the night and beyond. We pride ourselves on forming relationships with our clients that are based on listening to and understanding their needs and careful attention to detail . This ensures there are no surprises - only delights.www.partyinmiamiallnight.com

Connect with Author on: