College students wait all year for that one week where they can throw down the books and party the night away without regrets.
Spring break has officially arrived and there are plenty of reasons to make South Florida your holiday destination.
The weather is awesome, the nightlife is unrivaled and the beaches are calling your name.
Read on to find out two more reasons why South Florida is your one-stop spring break stop.

Miami and Fort Lauderdale have some of the most picturesque beaches in America with aqua blue water that highlights the seashore and trails out into deeper waters.
The beach itself can be raked soft sand or your standard course sand, but whatever beach you choose, each has a personality.
South Beach is your wild and crazy beach where it’s not uncommon to see the locals sunbathing topless.
Fort Lauderdale Beach runs parallel to its own set of bars, which has given the region its nickname, Ft. Liquerdale, but somehow, it’s still tamer than South Beach and its beach goers are less body conscious.
Either way, you are getting a tropical beach in a party hotspot where the drinks will be flowing and isn’t that what spring break is all about?

Miami is a city made for parties and it has some of the best nightlife in the world, so it figures that there would be no shortage of clubs catering to spring breakers. The Clevelander is located on the strip in South Beach and is bathed in neon lights. It has an outdoor pool, an outdoor bar and displays a live band. Wet Willies is the quintessential college hangout that serves its signature frozen daiquiris and Liv is a nightclub located inside the iconic FontaineBleau hotel. These are just a few of the bars and clubs in a city that parties for any reason and season and you are invited along for the ride. So map out your night and head to a high-profile bar or find a local hangout and have a keg party to end all keg parties.

For most colleges, spring break is during the first few weeks of March, but for those who have spring break at the end of the month, they are in for a special treat. Miami is the only U.S. stop for one of the biggest electronic music festivals in the world. This year’s lineup includes Afrojack, Skrillex, David Gueta and so many more. So pack your glow sticks and get ready for a wild time by the bay in the magic city.

South Florida is not only a great spring break destination, it’s also a great pit stop. The Port of Miami is known as the Cruise Capital of the World and Port Everglades is one of the top three cruise ports in the world. Port Everglades also houses the world’s largest cruise ship, the Oasis of the Seas, which features the Broadway musical “Cats” and a FlowRider surf simulator. Spring breakers can spend a night or two partying in Miami and Fort Lauderdale and then embark on a cruise across the Caribbean and still make it back home in time for finals. There’s no spring break destination that can compete with that lineup.

For most of the country, the weather was brutal this winter. There were ice storms, snow-ins and much more, so naturally, collegiates can’t wait to get a break from the winter weather. Well, spring break is your chance to experience what South Floridians have experienced all year: scintillating sunsets, swimming pools and warm winds. At the most, South Florida gets about two weeks of winter a year and typically, those two weeks do not fall on spring break, so odds are that you’re in for one hot time. All you have to do is pack a bathing suit and hop a flight heading south.

Book your party VIP passes today and save a lot $$$ 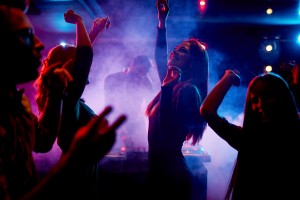 We’ve built a great reputation At South Beach Live Group, we have built up a reputation for designing and organizing quality parties and providing exceptional customer service from the beginning to the end of the night and beyond. We pride ourselves on forming relationships with our clients that are based on listening to and understanding their needs and careful attention to detail . This ensures there are no surprises - only delights.www.partyinmiamiallnight.com

Connect with Author on: