Today in Florida History: St. Augustine comes to grips with racist past. 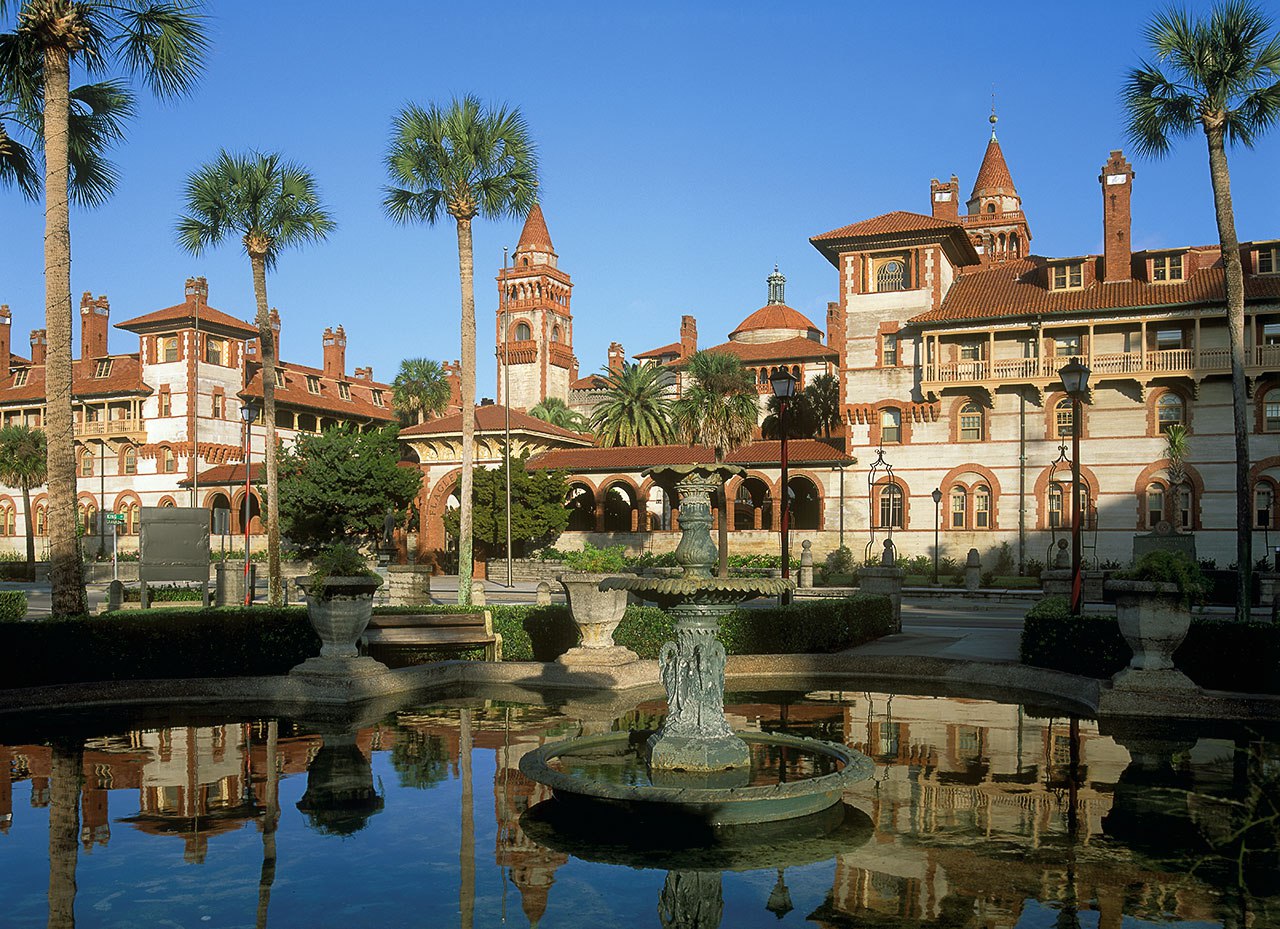 St. Augustine coming to grips with its segregationist past, and dark role in civil rights struggle 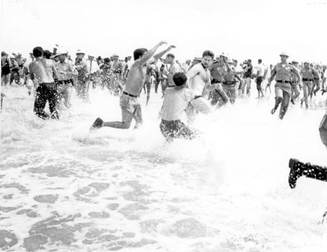 Whites pursue blacks who protested St. Augustine’s segregation laws by swimming into the ocean at a segregated beach in 1964. Photo: State Archives of Florida, Florida Memory

St. Augustine is ultimately coming to grips with the civil rights conflict that took place in 1964, which likely persuaded the Senate to end the longest filibuster in its history and pass the landmark Civil Rights Act.

St. Augustine forced to reflect on its dark history

Craig Pittman, a staff writer for the Tampa Bay Times, profiles Dr. Robert Hayling, a black dentist who moved to the city in his 30s and launched a year-long series of protests toward the segregation laws that restricted blacks from eating in the same restaurants, utilizing the same restrooms, wading in the same public pools or lying on the same beaches as whites.

Hayling’s campaign brought the struggle to a boiling point in the city and became a beacon that drew in members of the racist Ku Klux Klan and civil rights agitators from across the nation.

They clashed and there was blood.  Klansmen firebombed homes in black neighborhoods and brutally beat Hayling and other protestors. Martin Luther King was arrested on the steps of a motel as he tried to enter its restaurant. Whites chased blacks into the ocean as blacks “waded-in” on the sands of a segregated beach. During another wade-in at the swimming pool of the motel where Dr. King was arrested, a manager threw muriatic acid into the pool to force the protestors to leave.

St. Augustine has spent decades trying to forget the civil rights clashes. But a new museum and talk of marking locations of the most significant events suggest some of its residents might be ready to remember.

See and Do in Florida 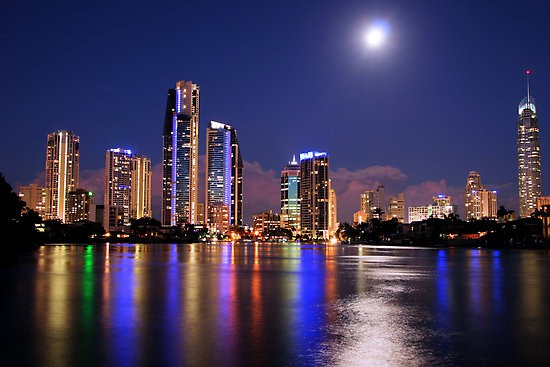 Find fun things to do and see in Miami. Miami Tours and Attractions

Emma C. Harvey, 54, a Bradenton elementary school principal, was indicted on charges she had hired three people to kill her husband, a 62-year-old. landscaper. John Harvey was found knifed to death in his residence after police received a tip from an unknown caller. Emma Harvey was out of town the night of the killing. The inquiry later determined she gave a former student $1,000 to have her husband killed. The student consequently contracted two men  for $250 each. However,  shortly after they committed the crime, the former student acknowledged her involvement, leading to the speedy arrests of Emma Harvey and her two killers. All three later received life sentences. The former student was not charged. Read more in these Sarasota Herald Tribune stories:  Harvey Murder Case Indictments Returned and Braadenton Hits Pulp Magazine Headlines

Miami tours and fun things to do and see in Miami. Miami excursions and more…

Find fun things to do and see in Miami: It was NASA’s first in-flight tragedy. Challenger took off from Kennedy Space Center in Florida on January 28, 1986. Soon after liftoff, the space shuttle’s external fuel tank collapsed, producing what looked like an explosion, and the shuttle burst apart and dropped approximately 46,000 feet plunging into the Atlantic Ocean, killing all seven crew members aboard.

The disaster released live on TV — and those that watched were unusually young.

Christa McAduliffe, a high-school teacher from New Hampshire, was one of the seven; she was set to be the first civilian and teacher in space. NASA had established a satellite broadcast of the full mission for students to watch the historic moment in schools across the nation.

Clarence Searles a second-grader at Challenger Elementary School in New Jersey that year. Clarence loved planes and had always wanted to be an astronaut, and he remembers sitting with the other children in his class to watch the launch. “Pretty much everything had stopped” when the Challenger exploded, he remembers.

That night, President Ronald Reagan addressed the country, conversing directly to the nation’s children: “I know it is hard to understand, but sometimes painful things like this happen. It’s all part of the process of exploration and discovery.”“We were all trying to make sense of it,” Kathryn Stuart says. Kathryn’s second-grade class at Blankner Elementary in Orlando, Florida, watched the launch from the school playground. “They took us off the playground as quickly as they could, and we went back to class.”

It was later determined that cold weather, combined with a design flaw, led to the accident. A seal on one of the solid rocket boosters was not working properly. The disaster grounded NASA’s space shuttle program for nearly three years.

Things to see and do in South Florida 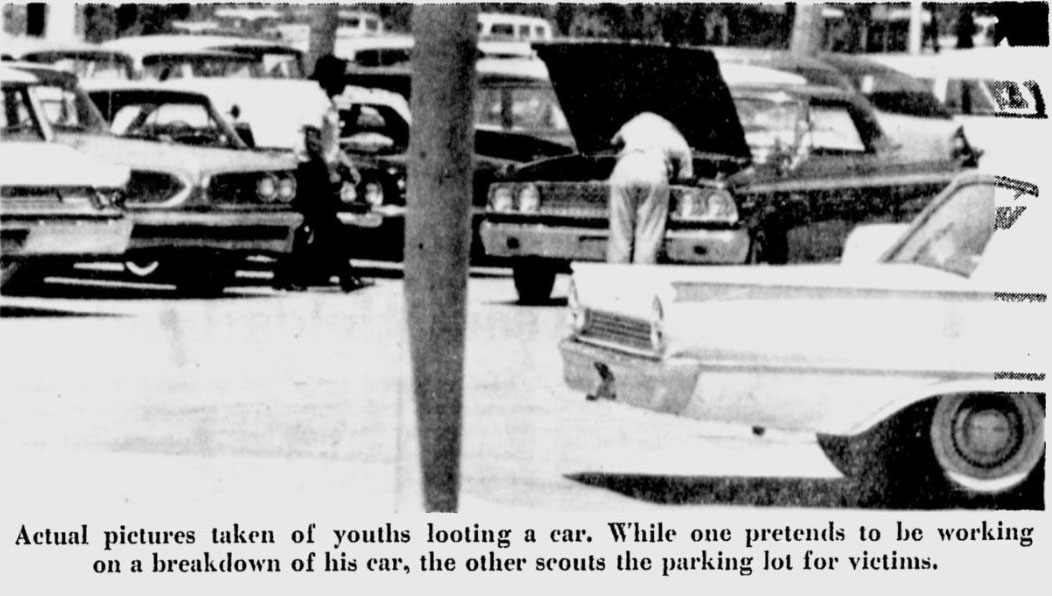 No one with a stake in Florida’s tourism marketplace likes to dwell on it, but sometimes guests are targeted by thieves.  The Miami News emphasized this point with a caveat to people driving cars with out-of-state tags. The previous year, thieves looted 1,564 cars in Dade County and stole $188,502 of loot. Only 157 of the cases were solved, and $5,882 of the loot was ever recovered.  It is said, that one thief even kept a nice Miami Beach apartment from the money he earned looting cars, the paper said.  The Miami Police Department’s chief detective warned motorists with out-of-state tags to lock their cars when they go to the beach and don’t bring any valuables along.  Read the story in the Miami News:  Invitation To Steal: Out-Of-Town Tags

Your guide to Miami Bars, Clubs, and Nightlife.

Your guide to Miami Bars, Clubs, and Nightlife.

If you’re trying to decide what you will do in Miami this weekend, you’ll find plenty of choice -Miami thrives just as much, or perhaps even more by night, when the sun sets and the lights turn on.
No matter how your ideal Saturday night is spent, whether having quiet drinks at a bar, dancing the night away at a club, or enjoying a sophisticated meal, Miami’s got it covered.
Here are just some of your many options, so you can start planning the weekend ahead!

: Also known simply as “Ex Mansion” , is one of the hottest clubs for those keen to dance until the sun rises. It attracts both national and international DJ heavyweights with hugely impressive special events and guests. If you’re keen to party, head to this club, which can be found at 1235 Washington Ave, Miami Beach.

The Mango’s Tropical Cafe : Offers up a great mix of casual drinks, dancing, live music acts and art. Whether you want to spend your night hitting the dance floor, watching an intriguing performance artist in a glass cube or swaying to the beat of a local band, you can have it all here at this ever-so-slightly alternative establishment.

The Nikki Beach: World famous Nightclub /Beach Club .Party with your feet in the sand … There’s plenty of room to sit too, so recline on one of the couches and settle in for the night. Make your way to the Nikki Beach Miami , 1 Ocean Dr, Miami Beach, FL 33139 to find this gem.

Liv : The ultimate in sophistication. This famous NightClub draws notable Miamisiders through its doors, with palatial decor, seamless service, an outdoor pool and many comfortable corners in which you can chat the night away. You’ll find this Club at 4441 Collins Ave, Miami Beach, FL 33140

“If you’re trying to decide what you will do in Miami this weekend, you’ll find plenty of choice – Miami  thrives just as much, or perhaps even more by night, when the sun sets and the lights turn on.”

Would you like to get FREE VIP Passes to the best Miami Clubs ?

This Day in Florida History Let us show you around…

One of America’s most notorious and formidable gangsters, Al Capone, died of heart failure at his walled Palm Island estate, four days after suffering a severe stroke. Capone ruthlessly ruled the Chicago mafia underworld during the era of prohibition, operating speakeasies, and gambling networks, corrupting law enforcement officials that were to enforce the law, and ordering hundreds of deaths in the infamous gangland turf wars. Capone bought the Miami Beach villa via an undercover agent in 1928 and moved into the estate, Easter Sunday, 1930, despite a legal battle by Florida authorities to prevent the gangster from occupying the state.  Subsequently, indicted the following year on charges of income tax evasion and was consequently imprisoned for more than seven years.

Capone, was born of an immigrant family in Brooklyn, New York in 1899, Al Capone quit school after the sixth grade and associated with a notorious street gang, becoming accepted as a member. Johnny Torrio was the street gang leader and among the other members was Lucky Luciano, who would later attain his own notoriety.

In the 1920, at Torrio’s invitation, Capone met with Torrio in Chicago, where he had become an influential leader in the famous Colosimo mob. The rackets spawned by enactment of the Prohibition Amendment, illegal brewing, distilling and distribution of beer and liquor, were viewed as “growth industries.” Torrio, abetted by Al Capone, intended to take full benefit of opportunities. The mob also acquired interests in legitimate businesses in the cleaning and dyeing field and cultivated influence with receptive public officials, labor unions, and employees’ associations.

Find things to See and Do in Miami

Come party in Miami with us!| Let us best of Miami Nightlife.

Party in Miami with us… 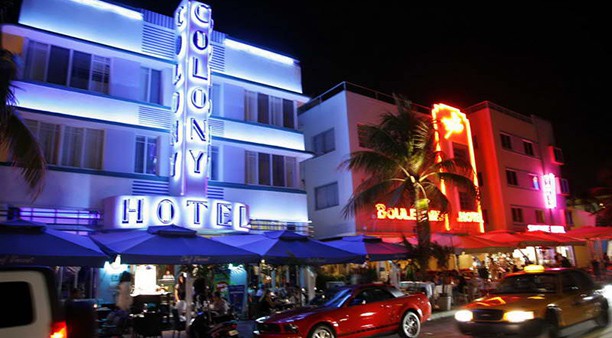 Come party in Miami with us…

Let us show you around to the best party spots in Miami. We will take you to the Best Party Clubs in Miami

Our VIP packages include: 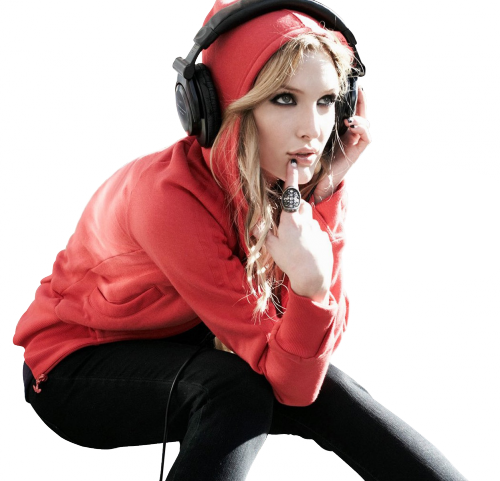 COME PARTY IN MIAMI WITH US…

Looking for the best party spots in Miami? Well, if so, you found the wright place. South Beach Live Group is a provider nightlife services in the Miami area. Our company organizes event parties, open-bar parties and packages, as well as custom VIP services for the best party spots in Miami. Our company has been in business for over 15 years and has consistently provided professional guest services to visitors in Miami.

Looking for things to do and see?

Find things To Do and See in Miami now 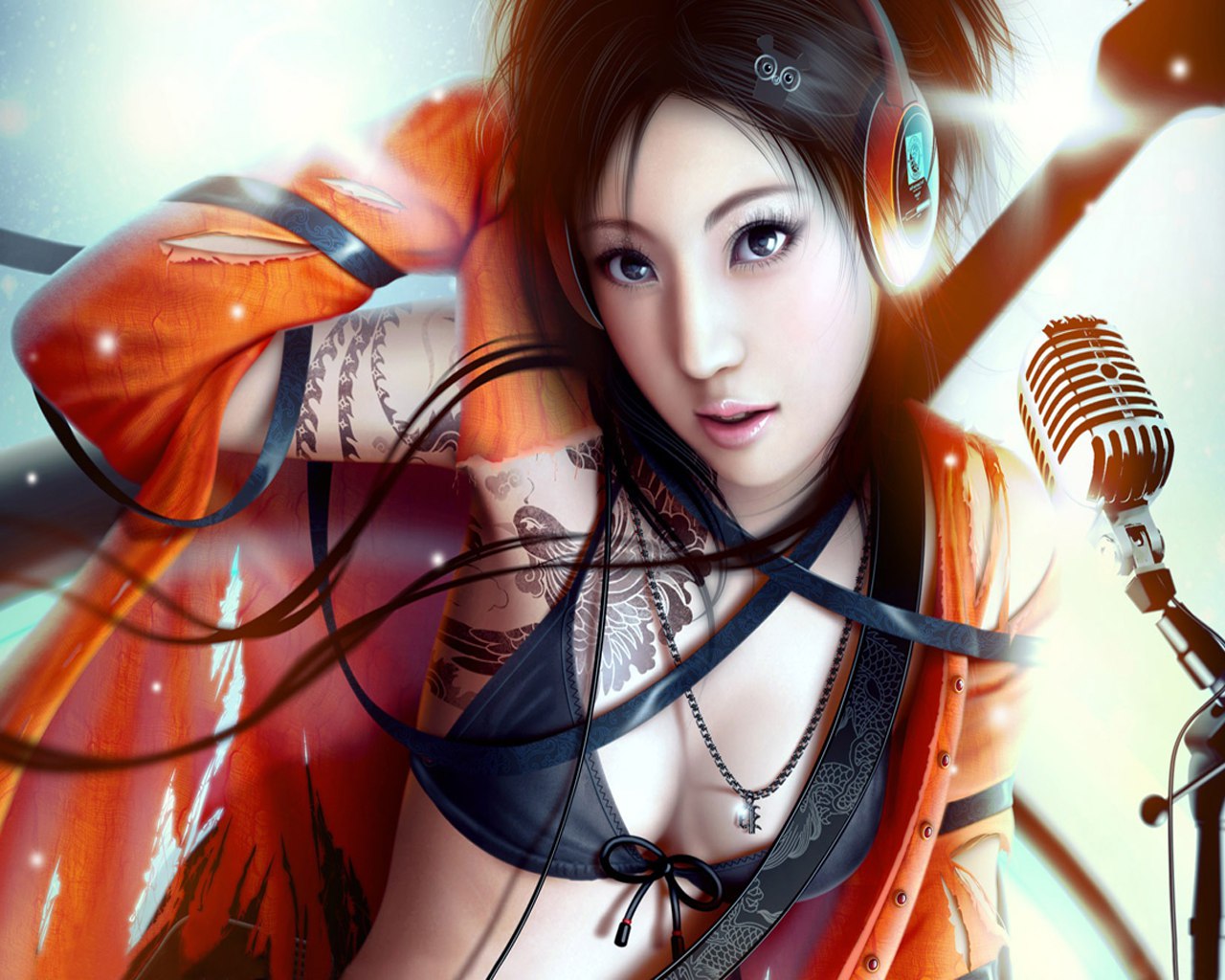 Let Us Show You Around!

Saturday, January 9, 2016.  Club Space presents Emi’s Madhouse
Special guest Dj’s on the terrace
Passes will allow for free entry prior
to 1am

Come party in Miami with us. Let us show to around to the best party spots in Miami!!! 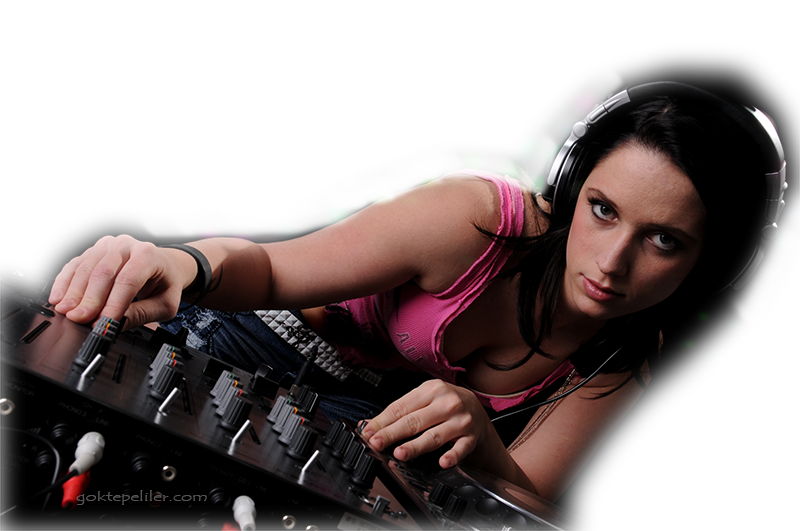 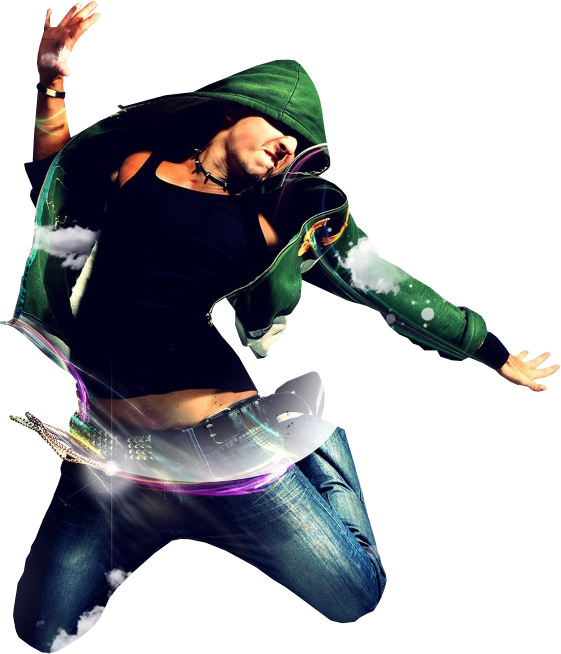 Come Party in Miami with us! Let us show you around to the best party spots in Miami